Judo is a modern branch of Japanese martial arts (gendai budō) and combat sport that first appeared in Japan at the end of the 19th century.

JUDO (Jap., from ju “softness, gentleness” + do “way”) is defined as a kind of national Japanese wrestling and one of the most sportsmanlike Asian combat sports. The judokas wrestle on a mat called tatami (the mat area can range from 6 × 6 m to 12 × 12 m). The typical match length is 5 minutes for adults and 4 minutes for young adults. To win the match, the competitor can make several finishing moves, e.g. takedown (throw) the opponent to the ground on his back, subdue the opponent by pinning him with his back to the mat for 25s or force the opponent to submit with a joint lock or a choke.

According to the international grading system, judo has 16 ranks, ranging from the sixth kyū to the tenth dan. The colors of the belts worn by the judokas correspond to their rank: white is the sixth kyū (the lowest rank), yellow is the fifth kyū, orange is the fourth kyū, green is the third kyū, blue is the second kyū, brown is the first kyū, black is Dan 1-5, red and white is Dan 6-8, and the red belt is Dan 9-10 (the highest rank).

However, judo teachings have evolved above the mastery of fitness and athletics as it is largely focused on controlling one’s emotions and instilling the sense of honesty and fairness. The Judo Hall is where you come to learn this ingenious Japanese martial art. 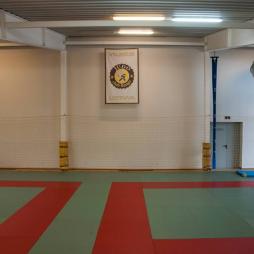 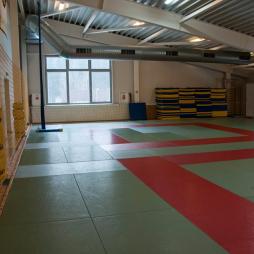 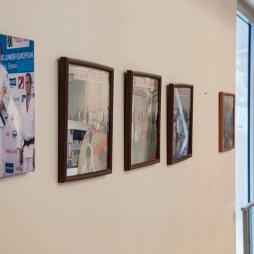 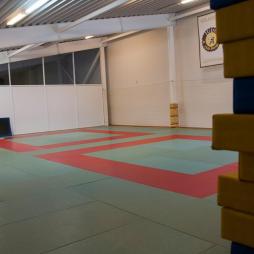 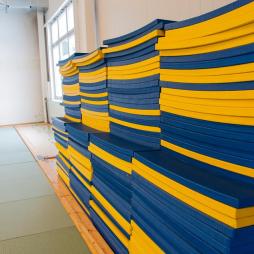 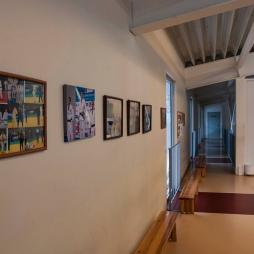 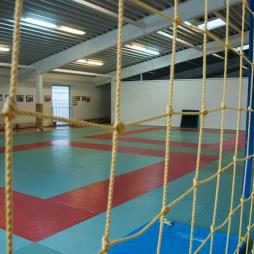