Boxing is a combat sport in which two people of the same weight class fight each other using only their fists, and which dates back to the classical era.

BOXING (in English a box means a blow) is a one-on-one combat sport, where two athletes wearing protective gloves (weighing 284 g) fight each other by throwing punches in a rectangular boxing ring (4.9 × 6.1 m) following a special set of rules. Their goal is to hit the opponent to his/her head and chest (waist) as many times as possible and as accurately as possible while avoiding any incoming punches. Hitting below the belt, to the nape of the neck or a knocked-down opponent is not allowed. Boxing is categorized into amateur (three rounds of three minutes) and professional boxing (four to twelve rounds of three minutes, unless the round ends in a knockout). Boxing ring is a good place to practice your technique and increase stamina. 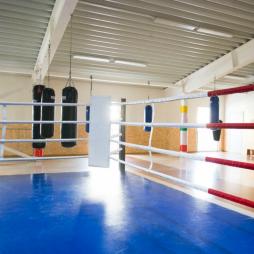